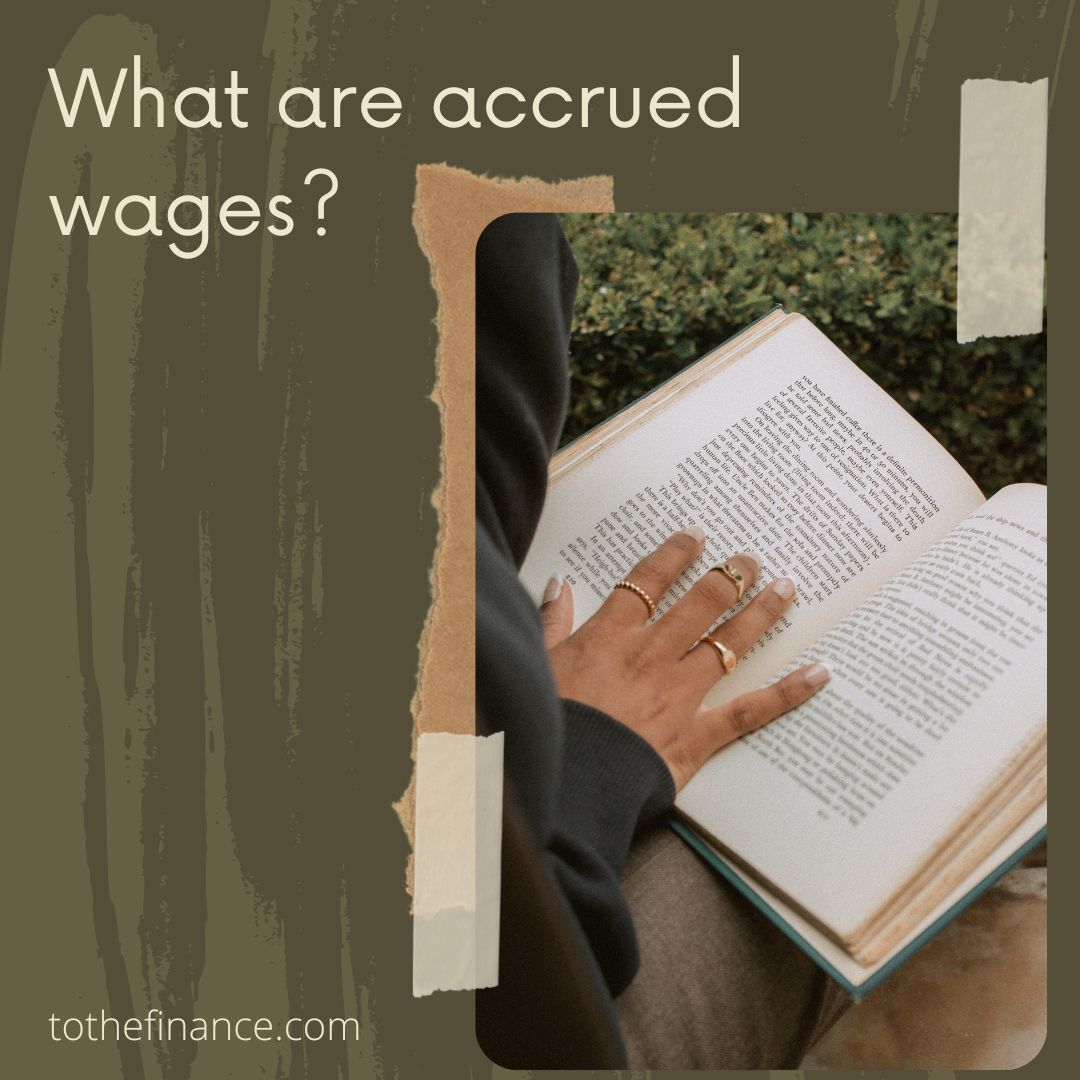 Accrued wages are the wages that an employee has worked for. However, the company has not paid them as of the accounting period end.

At the end of the reporting period, when the monthly financial statements are generated, the company has to report the portion of wages paid and also wages that are to be paid (accrued wage) to the employee for the hours worked in the month.

For instance, an employee works at a factory and is paid $20/ hour. The factory manager pays the employee on the 25th of each month. The manager has to pay for the remaining days (after the 25th) of the month as well and will do so on the 25th of the next month. Since the financial statements are created on a monthly basis, that is, from the start to the end of the month, it is necessary to add the wages (to be paid) for the remaining days of the month. For this purpose, the wages not paid will be reported in the accrued wages account of the journal and financial statements of that month.

It’s important to note that accrued wage is a credit account. The corresponding debit of this account is wage expenses which are recorded in the income statement. On the other hand, accrued wages is a liability account and reported in the balance sheet of the business.

Jacob works at the factory and is paid $10 an hour. He works for 8 hours a day, five days a week. So, Jacob earns $1600 a month. Jacob’s manager pays him monthly on the 5th of the next month. In simple words, the salary for January is paid on the 5th of February.

When the company prepares a financial statement for the month ended January, his salary of Jacob is reported as accrued wages because Jacob has earned the salary. However, he has not been paid as of closing for the month of January.

Is accrued wages a current liability

The debit impact of this transaction is recorded for the wages expense. On the other hand, the credit impact is a recording of current liability in the form of accrued wages.

On the other hand, the following entry is posted when an employee is paid for the accrued wages.

The debit impact of this transaction is the removal of the liability. As the company is paying off accrued wages hence, it needs to remove liability from the books. Similarly, the credit impact is a recording of the cash payment.

In the case of overtime work, the company can choose to pay wages in the following month. Taking the example, Jacob does 10 hours of overtime in January. The overtime pay is $8/ hour so that makes overtime wages to be $80*. This will be paid in the next month (February). However, over time still has to be reported in January’s financial statements. All overtime work will be credited to the accrued wages account (liability) and when paid, the account will be debited. Following will be the journal entry

Both accounts are liabilities and have the same purpose. The difference is in the payment method. Wages are rated on an hourly basis and can be paid weekly. Salaries are fixed and are paid at the end of each month.

Accrued wages are wages earned by the worker but not paid in the same accounting period. They are considered current liabilities. The journal entry for accrued wage is credited against wages expense at the time of reporting and debited against the cash account at the time of payment.