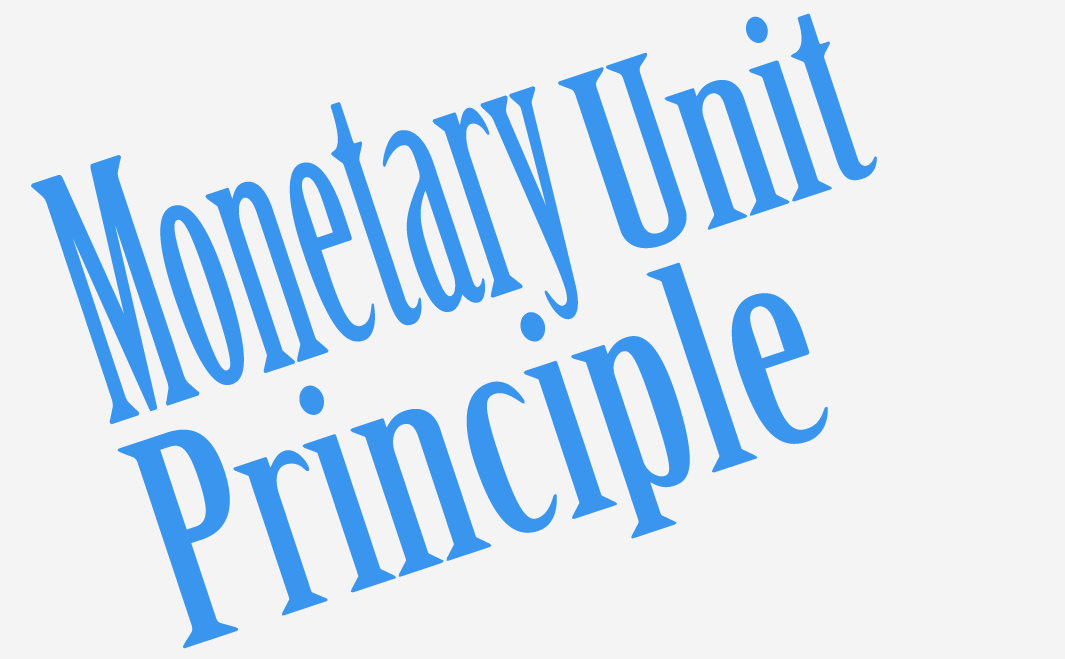 The monetary unit principle states that all the transactions and business events should be recorded in currency form. It means that a business can record only those transactions that involve money. To simplify it, we can say that all those items that cannot be quantified are not recorded as accounting transactions unless it involves any form of currency. Some common examples of items that cannot be quantified in accounting are employee skillset, quality of service being provided by employees, and other non-measurable items.

The monetary unit principle assumes that the business transactions and events are measurable and represented in the form of some currency value provided that the monetary units are stable. In simpler words, basically the “monetary value” is the language used in business and finance.  So, it is not important which currency is being used, but the important fact is the currency should be comparable to other forms of currency.

Money can be in any form, either tangible or intangible. Tangible money comes in the form of cash. However, when you use your credit card for any transaction, you are actually using the intangible form of money. The underlying concept that makes both forms of money acceptable for transactions is that ‘Money has a Value”.

The monetary unit principle requires recording only those business transactions that can be quantified in terms of money. So when a business event occurs, it should not be recorded in accounting unless a monetary value can be attached to it.

Money is used as a unit of measurement in accounting. So, by following the monetary unit principle, wait for the conversion of the business event into monetary value to record it in financial accounts. The choice of currency to record business transactions and events should be stable and reliable.

The monetary unit principle considers money as a unit of measurement. The accounting transactions and business events are measured and expressed in terms of monetary value, i.e., currency. The monetary unit principle assumes that the unit of currency used for recording accounting transactions should be “STABLE.” It means that the accountants should not consider the inflationary impacts. That’s why this principle assists accountants in treating the financial accounts of different periods as the same in terms of currency value.

However, the currency stability assumption flops when there is a hyperinflationary situation in the economy. The reason behind this failure is that during times of hyperinflations, it is inevitable to recalculate the financial statement figures after a regular interval.

TPL ltd. The company has 10 plants located in different cities.  Due to a fire outbreak, one of the plants got seriously damaged. The plants were previously insured by a recognized insurance company. Currently, a team of engineers was invited to repair the plant so that operations could be resumed as early as possible. It was estimated that around $5 million would be needed to repair the damaged plant, and a new plant could also be purchased at the cost of $20 million. So, it was decided to repair the existing plant rather than purchase a new one. TPL ltd. has requested the insurance company to finance the repairing of the plant.

In the above scenario, the company can record the amount of insurance or any expenditures to repair the plant by following the monetary value principle. The loss caused by the stoppage of work due to fire cannot be recorded unless it can be quantified.

Some common examples where you cannot record certain things in the form of monetary value are:

The monetary unit principle is one of the important concepts of accounting. It suggests that business transactions should be recorded when the monetary value is attached. Further, the concept requires currency to be stable as it can not be possible to compare numbers for different periods without stability.