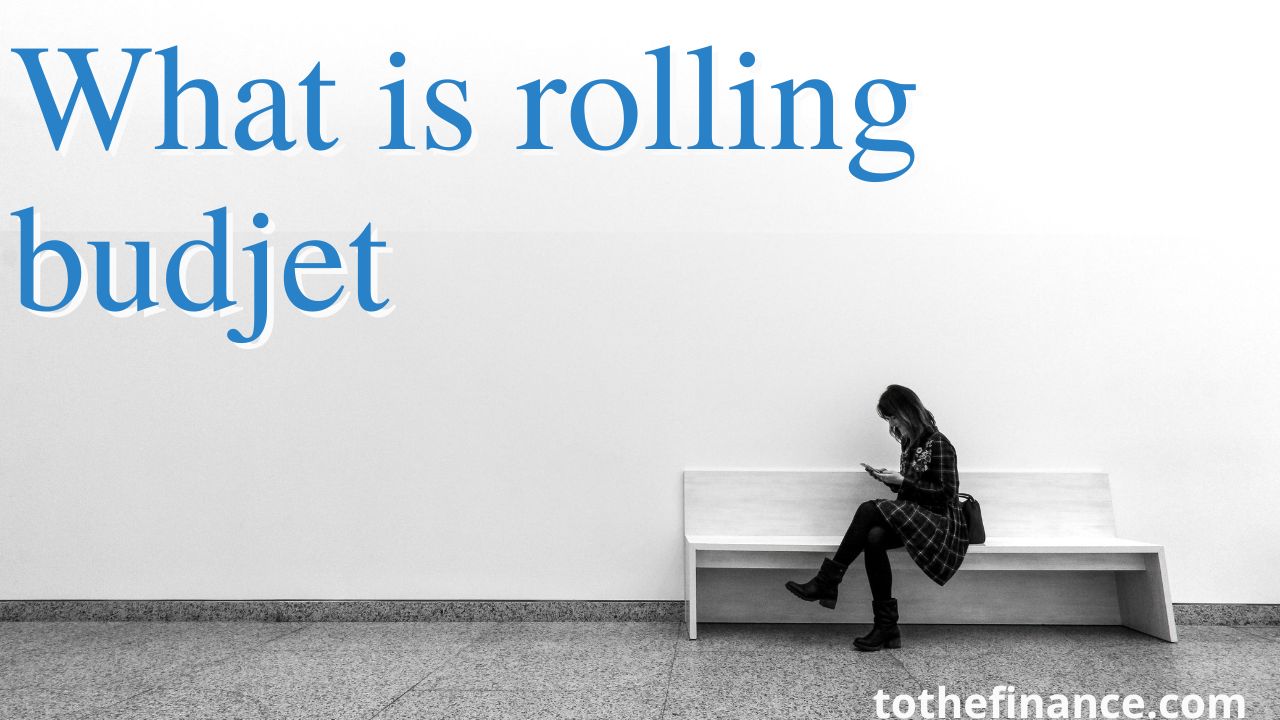 A rolling budget is when the budget is continuously updated with most recent changes from period to period. For instance, you have a budget for twelve months, and you keep updating the budget after every month. So, it always looks like a budget of twelve months. So, there is no need to start budgeting from zero. Hence, this budget keeps rolling and is called rolling budget.

A rolling budget is also known as a continuous or rolling forecast budget. It is continually updated to be added to the new budget period when a budget period ends. This budget estimates revenue and expenses for a specified period in the future with flexible approach.

As there are two kinds of budgets, i-e, fixed and rolling. As opposed to a fixed budget that is pre-planned and fixed for a specific period and is not changed until the period ends, a rollingbudget is continuously updated as the specific period proceeds.

The performance is determined and translated to changes in the rolling budget and updated accordingly for the next period. The update is mostly done monthly; however, companies can opt for a quarterly or annual basis according to their convenience.

Since this method considers the performance every month and revises the budget for the future financial period, it is more realistic and accurate than one-time fixed budgets. According to a this method, a period’s budget is revised monthly and reset for the next period after each month.

The rolling budgets is updated monthly, quarterly or yearly according to company standards. Instead of setting a fixed budget for a five-year project and reviewing only one or two times in the project lifecycle, the rolling budget method sets an initial annual budget. It is updated continuously throughout the years till project completion. Following are examples of each type of rolling budget.

Following are some of the advantages of using a rolling budgets.

Realistic and accurate; Rolling budget method is better for strategic and financial scheduling of the organization as planning and controlling are based on a more accurate performance review. Reviewing and updating the budget as the period progresses gives a more realistic picture of revenue, income and expenses.

Flexibility; As compared to setting fixed budgets for a long period with no reevaluations, for example, a seven-year project, a rolling budget is more flexible and can be modified monthly, quarterly or annually. Therefore, rolling budgets are more flexible.

Reduced uncertainty; Revising the initial budget and planning the rolling budget as the period proceeds takes into account the performance at each revision. Because rolling budgets concentrate on detailed planning and control of the near-term future, they reduce the element of uncertainty. Many organizational and economic factors influence projects and change unpredictably. By planning rolling budgets, companies continuously revise the budget amidst these factors. This cannot be achieved by fixing the budget at the start of projects with highly spaced review periods.

Quality assurance; since rolling budgets revise continuously, they help recognize the quality of projects as they advance. A repetitive discrepancy in rolling budgets can signal poor performance and alert managers to reassess staff working and resource allocations.

Following are some of the disadvantages .

Greater resource demand; Rolling budgets require more time, money and effort as they are continuously being updated. Moreover, a rolling budget requires a robust system and a skilled workforce.

Frustration and demotivation; Rolling a budget is tedious as the budget is reviewed and recalculated many times. It becomes frustrating for more employees who plan budgets and workers that must adhere to the new budget conditions.  It can also be demotivating to employees as budgetary targets are changed continuously.

A rolling budget is when business managers regularly update the budget after a specific period. For instance, your business has one year budget that is updated each month. Since the budget is continuously updated, it’s also called a rolling . The flexible budget is realistic, and flexible, comes with reduced uncertainty, and ensures the quality of the budgeting system.